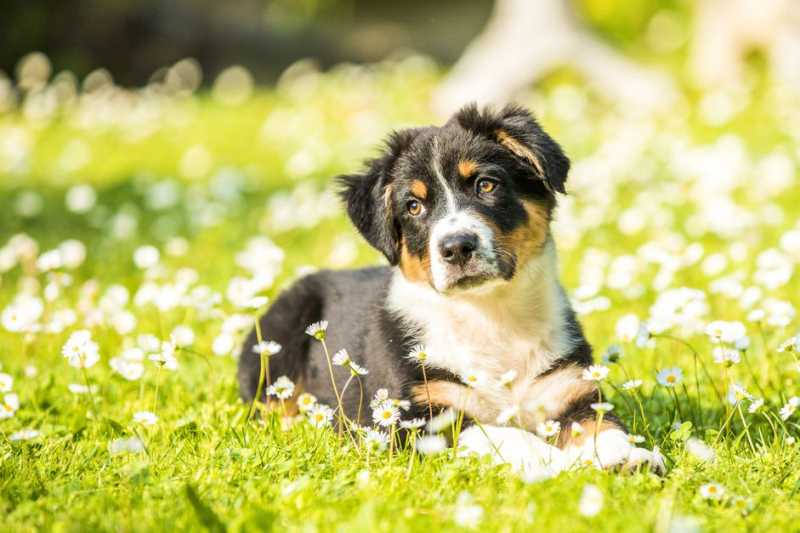 What Are Seizures in Puppies?

Seizures are a neurological condition in which neurons misfire and send multiple signals in rapid fire. This, in turn, causes abnormal behaviors, muscle movements, and/or tremors. Seizures can either be generalized, affecting the entire body, or be focal, affecting only part of the body.

Types of Seizures in Puppies

A generalized seizure is often characterized by whole body convulsions. Many puppies will show certain behavior changes prior to having a seizure, and this is known as the prodrome. During the seizure, the dog may lose consciousness, fall over, vocalize and/or urinate or defecate. This is termed the ictal phase. As the convulsions cease and the dog regains consciousness, they enter the post-ictal phase. In this phase, the dog may act disoriented. They may be ataxic, or stumbling and bumping into things, and they may not recognize you or their surroundings. This phase can vary in length and can sometimes last hours or even days before a dog seems like its normal self again.

Related:
What To Do if Your Dog Has a Loose Tooth

Sometimes dogs will have one generalized seizure and then recover but sometimes they will have cluster seizures. This is when a dog has multiple generalized seizures in a 24 hour period. Any dog experiencing these kind of cluster seizures or a long seizure that lasts more than five minutes, should be seen by a veterinarian right away to try to avoid permanent brain damage.

Some other conditions can resemble seizures including syncope, or fainting, and vestibular disease, or inner ear disease. There are many ways to differentiate these conditions but the primary differences are that these don’t involve obvious tremors or convulsions, and they don’t typically show the kind of disorientation seen in the post-ictal period after a seizure. Providing your vet with a detailed history and description of what you observed or better yet, a video, will help make the diagnosis.

Focal seizures can be more subtle than a generalized seizure. They typically have a focal point within the brain and external signs are usually more localized. One part of the body may be having tremors while the rest of the body is still. A dog having a focal seizure may also exhibit odd behavior such as a repetitive action like biting at the air or staring for long periods of time.

Symptoms of Seizures in Puppies

The symptoms of a seizure can vary depending on whether the seizure is generalized or focal.

Signs of Seizures in Puppies

A puppy having a focal seizure may also be shaking their head, licking the air with their tongue, or you may notice the muscles around their face, eyes and ears twitching. Barking and growling at seemingly nothing, or staring for long periods of time can also be symptoms of focal seizures.

In a generalized seizure, the whole body tends to be more involved as these dogs will often show multiple signs at once.

Causes of Seizures in Puppies

In puppies, especially very small puppies, dangerously low blood sugar, termed hypoglycemia, can be a common cause of seizures. Certain toxins, including those found in plants, pesticides, drugs and medication, and even food can also cause seizures. Head trauma, which can occur from falling or other accidents where the head is injured can be another cause for seizures in puppies. Infectious diseases would be another possible cause since young puppies are more vulnerable to infections, especially if they have not completed their vaccine series. Congenital abnormalities, or problems present since birth, would be high on the list of likely causes in a young puppy too. There are many possible congenital abnormalities that can be responsible for seizures, and one of the most common is called a liver shunt. Tumors can cause seizures as well, but this is a very unlikely cause in a young puppy. In many cases, an underlying cause for your puppy’s seizure may not be found, and this is known as idiopathic epilepsy.

Idiopathic Epilepsy is a frequent conclusion when many of the other reasonable causes have been ruled out. Idiopathic simply means the underlying cause isn’t known. One study put the incidence of idiopathic epilepsy in dogs at 0.75%. There are certain breeds that have a higher incidence for idiopathic epilepsy including Australian shepherds, German shepherds, beagles, border collies, Bernese mountain dogs, Cavalier King Charles spaniels, dachshunds, golden retrievers, Labrador retrievers, poodles, Hungarian vizslas, English springer spaniels, Irish wolfhounds, and Shetland sheepdogs. Dogs with idiopathic epilepsy usually start having seizures between ages 1-4 years old, so in a puppy under age 1, other diagnoses would be more likely.

Breeds prone to brain tumors, such as golden retrievers, boxers, and Scottish terriers may have seizures as a side effect of the tumor.

Head trauma can cause brain swelling, increasing the intracranial pressure and putting a dog more at risk of having a seizure.  Even after recovery from the initial insult, a head injury can set up a seizure focus in the brain and make future seizures more likely too.

When you bring your puppy or dog into the clinic for having seizures, the veterinarian will start by getting a thorough history. They will ask if the puppy could have gotten into any toxins or foods, including things like any medications, drugs, or foods such as sugar free gum or other foods containing xylitol. If your puppy or dog is actively seizing when you bring them to the vet (termed ‘status epilepticus’) the vet will give medication to sedate the dog and stop the seizure.

Tests to determine the cause of your puppy’s seizure may include bloodwork to check for hypoglycemia as well as to assess organ function including liver and kidney function. More advanced testing, such as an MRI may be needed to look for abnormalities in the brain itself. Veterinary specialty hospitals with a board certified veterinary neurologist will be able to do this advanced imaging so you may be referred there for a thorough work-up.

If an underlying cause for the seizures is identified, the primary treatment will be aimed at resolving it, and in turn, this should prevent future seizures. In some cases, while the main cause is being treated, your dog will also be treated with anticonvulsants to prevent seizures during its recovery. Sometimes these medications need to be continued even after the primary cause is treated.

If a cause isn’t easily identified and your vet is treating your dog for idiopathic epilepsy, they will discuss anticonvulsant medications. The goal of these medications is to decrease both the frequency and severity of your dog’s seizures but in many cases, it does not completely eliminate them. There are many different medications available to treat seizures in dogs and your vet can discuss the benefits and drawbacks of each.

Related:
What to Do If a Neighbor Is Abusing Their Dog

It will be vitally important to keep a seizure log for your pup. This will help you keep track of any “breakthrough” seizures, or seizures that occur despite your dog being on anti-convulsants. Document how long the seizure lasted, how long they seemed to be in the post-ictal phase, and any other pertinent information, such as time of day, what your dog was doing immediately before the seizure, etc.

Prognosis for Puppies with Seizures

The prognosis for a puppy or dog with seizures depends on the diagnosis. Different causes of seizures may have a more grave prognosis than others. For dogs diagnosed with idiopathic epilepsy, prognosis will depend on how well controlled their seizures are. A dog with frequent breakthrough seizures will be more at risk for cluster seizures which can lead to permanent brain damage or even death.

How to Prevent Seizures in Puppies

Preventing seizures can be difficult since there are so many causes. That being said, keeping your dog away from toxins, drugs, and xylitol can prevent seizures caused by those substances. Ensuring your small puppy eats frequently can prevent hypoglycemia. This is why in puppies, especially small and extra small breed puppies, it’s recommended to feed them three and sometimes four times a day! Additionally, making sure your puppy receives a complete set of vaccines and that you follow your vet’s recommendations for when to start walking your puppy outside and socializing with other dogs can help reduce the risk of certain infections.

Related:
What to Do If Your Dog's Teeth Are Worn Down

Seizures can be a scary thing to witness. If your dog has one, try to remain calm. Move your dog away from dangers such as furniture or stairs and try to time the seizure. If your dog is still seizing after five minutes, or if they seem to be in the post-ictal phase hours after the seizure, take them to an emergency vet immediately. After your dog comes out of the seizure, let them rest in a quiet space. After they have recovered from their seizure, and as long as your dog isn’t having cluster seizures, call your vet to be seen as soon as possible. While a single, one minute seizure may not warrant a visit to the veterinary emergency hospital, it still requires follow-up with your veterinarian. Your vet can guide you on the recommended tests and treatments for your specific pup. 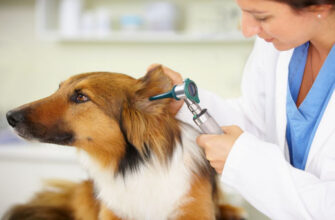 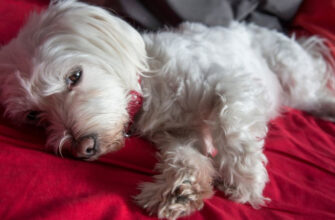 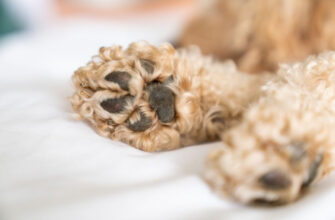 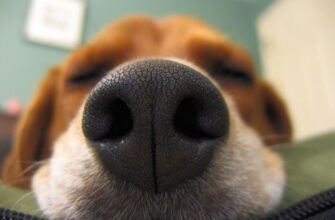 Amazing Facts About a Dog’s Sense of Smell
41 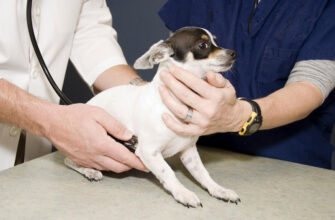 Canine Medical Emergencies and What to Do About Them
63

Is Peanut Butter Good for Dogs?
344 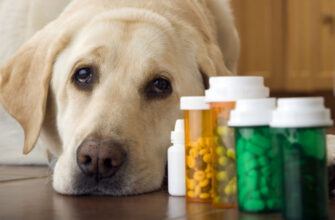 Do Dogs Need Vitamins and Supplements?
42 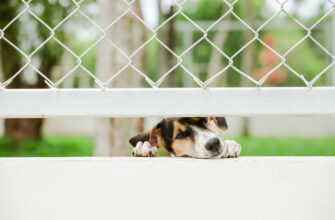 What to Do If a Neighbor Is Abusing Their Dog
69 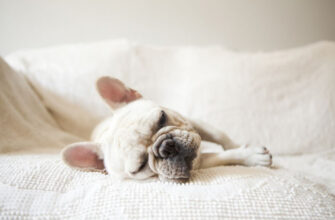 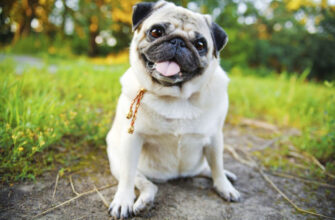 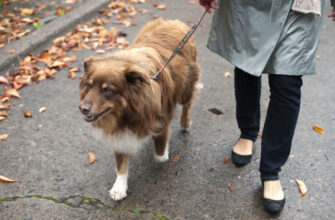 Great Ways to Exercise With Your Dog
56 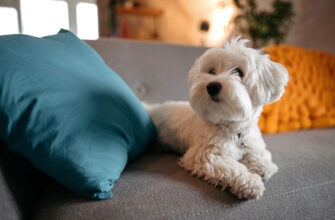