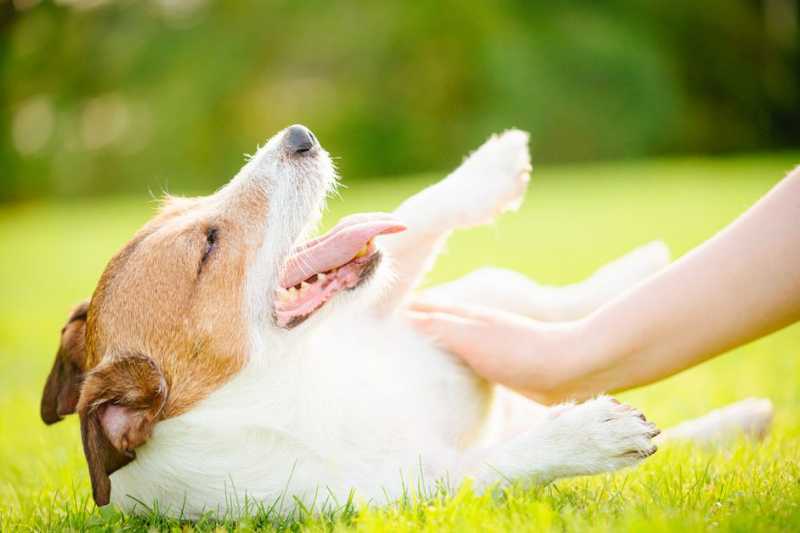 Why Some Dogs Display Submissive Behaviors

Many people misunderstand the meaning of submissive and dominant behaviors in dogs. The terms “submissive” and “dominant” are very general and should not be overanalyzed. In fact, many behaviorists and trainers try to avoid these terms because they are connected to old, inaccurate theories about canine hierarchy and “pack mentality.”

Submission and dominance in dogs are general behaviors, not personality traits. These behaviors are forms of communication via body language. The behavior shown is about the relationship between the dog and the other person or animal. Dominance cannot exist without submission; in a relationship with a dog, one party is only dominant when the dog offers submission voluntarily.

It is also important to understand that submission is not the opposite of aggression. Aggressive behavior is most often related to fear and typically has nothing to do with dominance.

A dog exhibiting submissive behavior is establishing or reinforcing a relationship with a specific person or animal. The same dog may be the dominant one in a different relationship. Some dogs tend to be on the same side in many relationships, but it does not mean you have a “dominant dog” or a “submissive dog.”

Related:
Why Do Dogs Rub Their Faces?

In general, a dog displaying submissive behavior is trying to send the message that he is not a threat. This message may be intended for humans, other dogs, or other animals. Sometimes the dog is trying to play and wants the other party to know this. Or, a dog may feel uncertain about the intentions of the other party. He attempts to calm himself and the other person or animal. This is why many so-called “submissive” behaviors are actually called calming signals or appeasement gestures. Many dogs use these signals to deescalate a frightening or tense situation.

When your dog exhibits submissive behavior towards you, he is usually trying to show respect and affection. It may also mean he trusts you and is comfortable being vulnerable around you. He may see you as the dominant member of the relationship, but that does not mean you need to change your behavior in any way.

Certain dog behaviors are generally considered submissive. Most of these behaviors overlap with appeasement gestures and playfulness.

Related:
Why Does My Dog Sleep So Much?

Many dogs show their bellies or roll onto their side or back when approached by a person or animal. This is often a sign of submission, but it may be an invitation to play or a request for belly rubs. If a dog has exposed his abdomen to you, look for other signs of submission or playfulness. If you don’t know the dog well, be gentle and move slowly so you will not intimidate the dog. If you want to rub his belly, start slowly and gently. Stop if the dog appears nervous or uncomfortable.

Direct eye contact may be considered a threat to dogs, especially in a relationship between two dogs. By averting their eyes and looking away, the dog is showing that he is not trying to challenge or threaten the other party. Sometimes our dogs stare at us for other reasons, but this should not be considered an act of dominance.

Ears Flattened or Held Back

All dogs are different, but most dogs keep their ears somewhat erect when at ease or relaxed. It may be hard to see this in floppy-eared dogs, but you may be able to tell by looking at the position of the ear base. When a dog holds his ears back or flattens them, this is a deliberate message. It may mean the dog is worried or fearful. Sometimes it is an act of submission. The best way to determine this is by looking at the eyes and the overall body language.

If a dog’s tail is wagging low or slightly tucked, this is another way of showing submission. However, it may also mean the dog is fearful or apprehensive.

When a dog lowers his body, he may be trying to make himself appear small and non-threatening. Although this posture is often a reaction to a fearful situation, it may have nothing to do with fear. The dog may simply be trying to show submission to the other person or animal.

Gently licking another dog’s muzzle is one way for a dog to communicate respect. It may also be used to help calm down another dog in a tense situation. Muzzle licking may occur after two dogs meet for the first time or with dogs that have known one another for years. This behavior is normal and requires no human intervention unless the dogs stop getting along well.

Licking lips is a common appeasement gesture meant to send a calming, non-threatening message. It is sometimes done to show submission to people or other animals. Most often, it occurs when the dog is nervous or afraid.

Some dogs smile or grin with their teeth exposed. At first glance, this may look like an aggressive threat. Grinning with exposed teeth should not be confused with bared teeth, which is a warning and sometimes a precursor to aggression. When a dog smiles or grins and the rest of the body is relaxed or in a submissive position, the dog is not trying to threaten. This is sometimes called a submissive grin. The action is usually meant to imply friendliness and approachability.

Related:
Why Do Dogs Chase Their Tails?

How to React to Dogs Exhibiting Submissive Behaviors

Remember that a dog displaying submissive behavior is trying to show that he is not a threat. Submissive behaviors may occur before play or as a reaction to perceived danger. To better interpret the behavior, you must look at the entire situation.

Imagine you take your dog to a dog park. After the dogs meet one another and sniff rear ends, you see your dog lower his posture and look away. This is most likely your dog’s way of announcing he just wants to play. It may be followed by a play bow. Your dog is exhibiting these behaviors to send a peaceful, playful message to the other dog. This is a good sign and means the dogs are getting along (so far). Continue to watch to dogs play in case the dynamics change.

When a dog displays submissive behaviors towards you, he may be showing respect and holding you in a position of authority. There is no need to act differently in order to assert “dominance.” In fact, this may cause fear and result in self-defensive aggression from the dog. It is best to remain confident yet calm to reinforce the behavior. This tells the dog that you can be trusted.

Rate article
( 1 assessment, average 5 from 5 )
You may also like 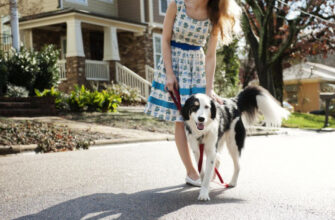 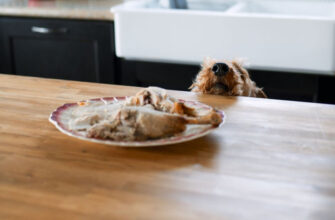 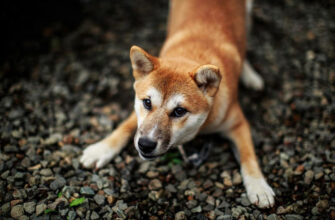 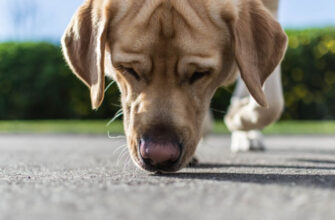 Why You Should Let Your Dog Sniff on Their Walk
110 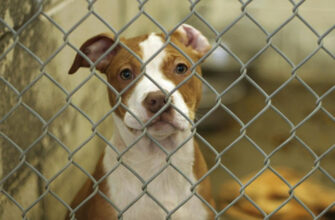 How to Train Your Shelter or Rescue Dog
135 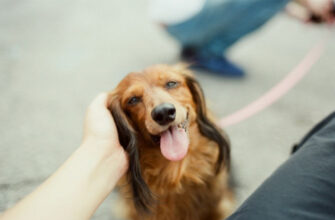 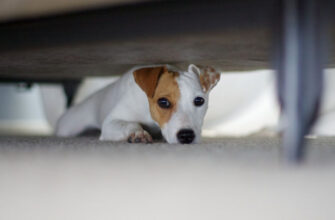 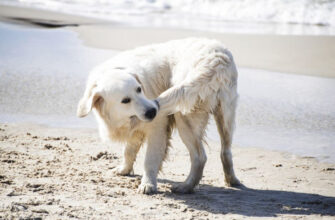 Why Do Dogs Chase Their Tails?
96 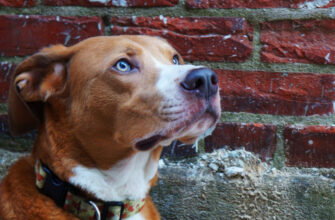 6 Why Reasons Your Dog Stares at the Wall
140 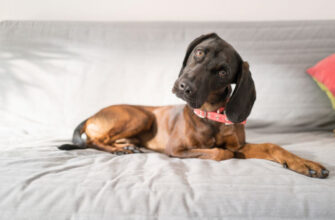 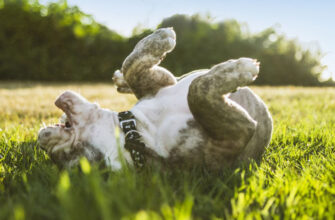 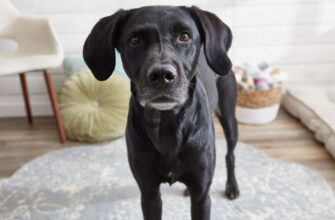