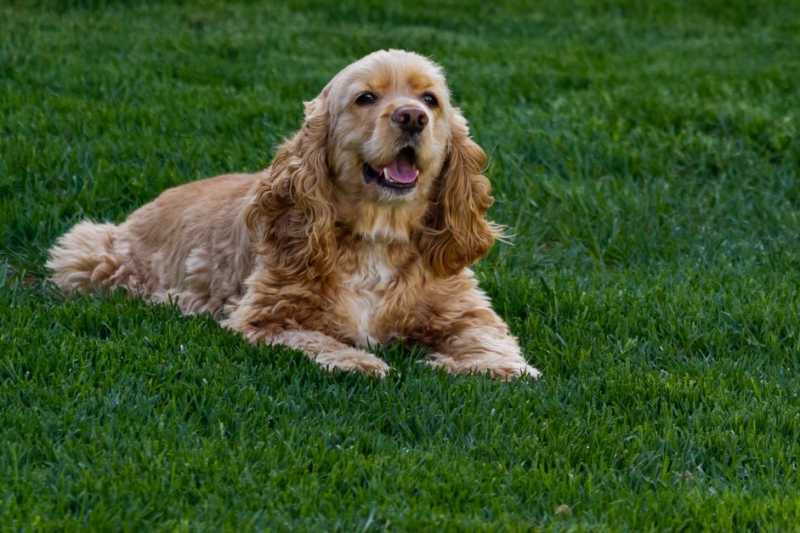 Many popular dog breeds have their origins in the United Kingdom — specifically in England. Several of these English dog breeds were developed for their working skills. This included hunting, retrieving, and pest extermination. They come in a variety of shapes and sizes, bred to excel at their intended jobs. Their temperaments also vary, with some typically being quite active and athletic and others being much calmer. Here are 10 popular dog breeds that have English roots.

Many English dog breeds are easy to find at local animal shelters across the United States. You also can look for a breed-specific rescue or a reputable breeder. 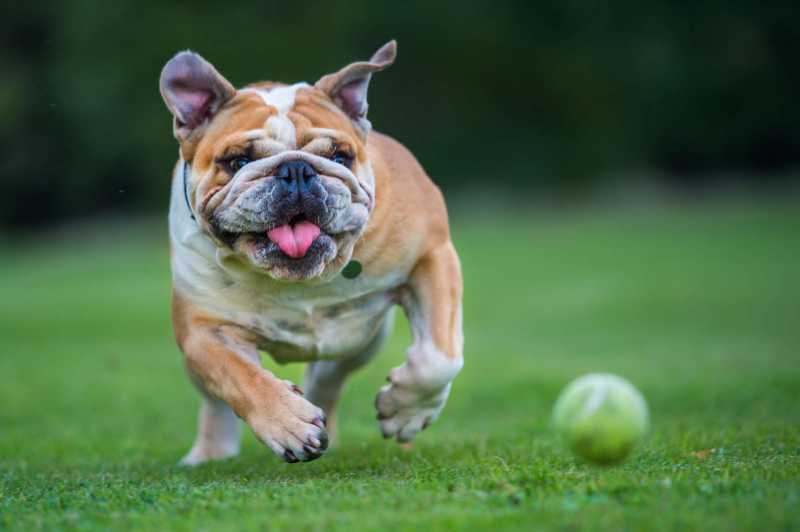 Bulldogs can be traced back all the way to the 13th century in England. Thanks to their powerful physique, they were used for the blood sport of bullbaiting—in which a pack of dogs would fight a staked bull. Once this sport was banned in the 1800s, bulldogs were used for illegal dog fighting. The breed also was crossed with other terriers. Breeders have since refined the dog’s appearance, making it squatter with a flatter face and more wrinkles than its ancestors. 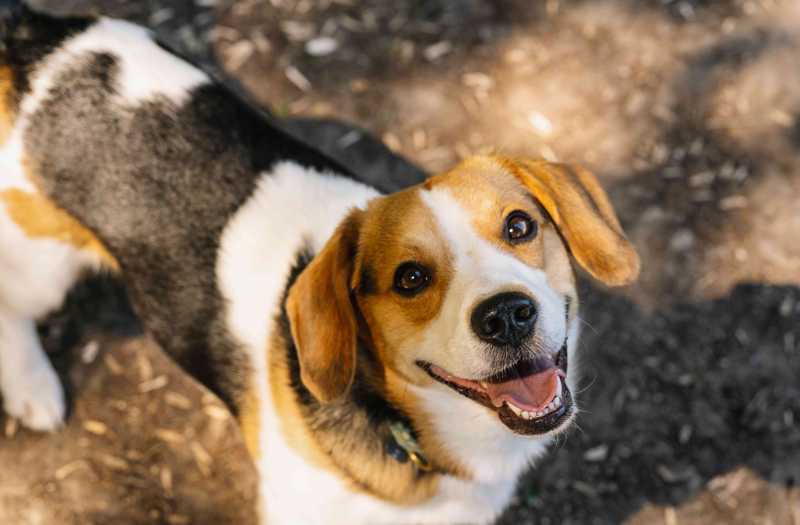 In the 1500s, English hunters had both large hounds for deer and small hounds for rabbits. Beagles descended from those small hounds. And by the 1800s these small hounds were being bred not only for their hunting prowess but also their desirable friendly appearance. English breeders preferred a larger variety to hunt foxes while Americans developed a slightly smaller beagle to hunt rabbits. There are still two size varieties recognized today. 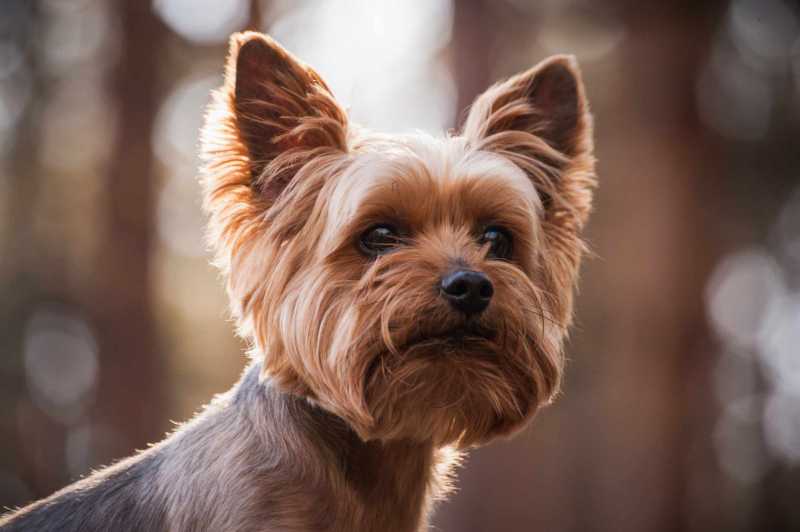 The Yorkshire terrier has its roots in the English counties Yorkshire and Lancashire, dating back to the 1800s. It’s thought to be a mix of some terrier breeds from Scotland, including the Skye and Dandie Dinmont. It also might have some Maltese in it. Early Yorkies were used as rodent exterminators, especially in textile mills and coal mines. But they quickly won the hearts of the elite as well, becoming desirable lapdogs. 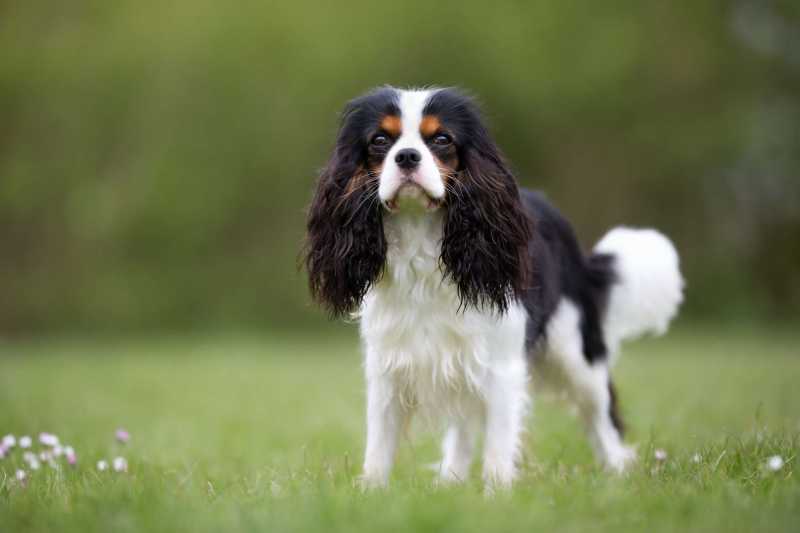 In the 17th century, King Charles I and Charles II both were fond of a small type of spaniel with a black-and-tan coat. This spaniel remained popular with British aristocrats into the 19th century when it was crossed with small Asian dog breeds, giving it a flatter face and domed skull. Then, in the 1920s, breeders attempted to recreate the original version of the little spaniel based on old portraits of the dogs in English manors, resulting in the Cavalier. 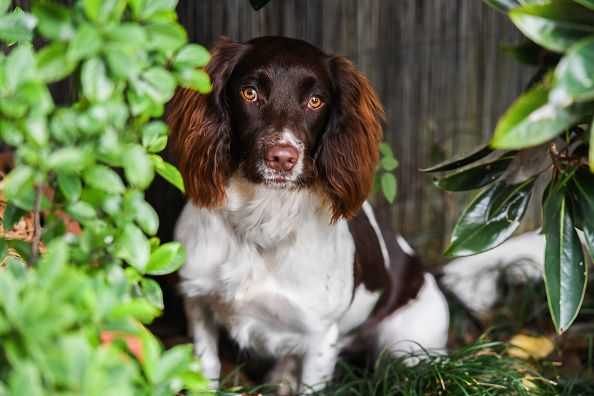 For centuries in England, both “cocker” and “springer” spaniels (early versions of today’s spaniel breeds) could be born in the same litter. The springers were larger dogs, used to flush or “spring” birds and other game from their hiding spots for hunters. In the 1800s, breed standards developed for several spaniel types, and by 1902 the English springer spaniel was officially recognized in England. Today’s breed still retains that exceptional hunting ability. 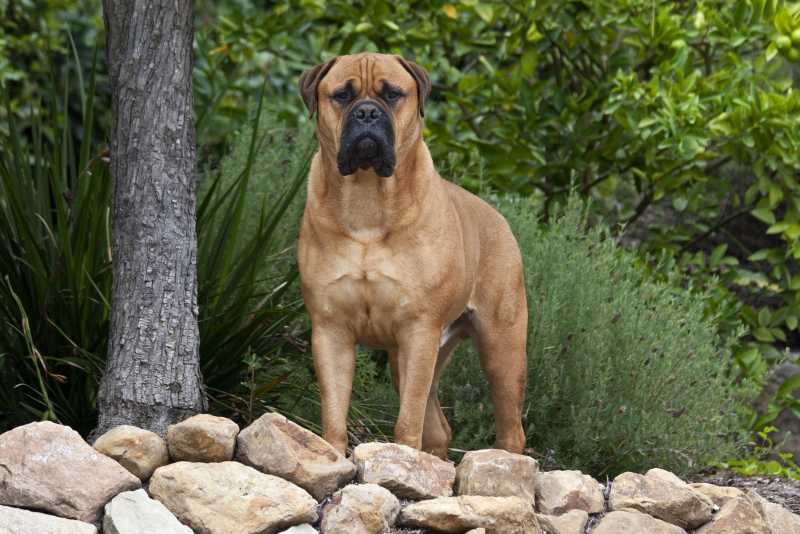 In the 1800s, poachers were targeting the country estates of English aristocrats. In response, a huge, athletic, and courageous dog was developed that could catch and pin down any invading poacher. This dog was a mix of bulldogs and mastiffs—hence the name bullmastiff. It was large enough to be intimidating yet smart and loyal enough to follow commands. Bullmastiffs today still can be skeptical of strangers. 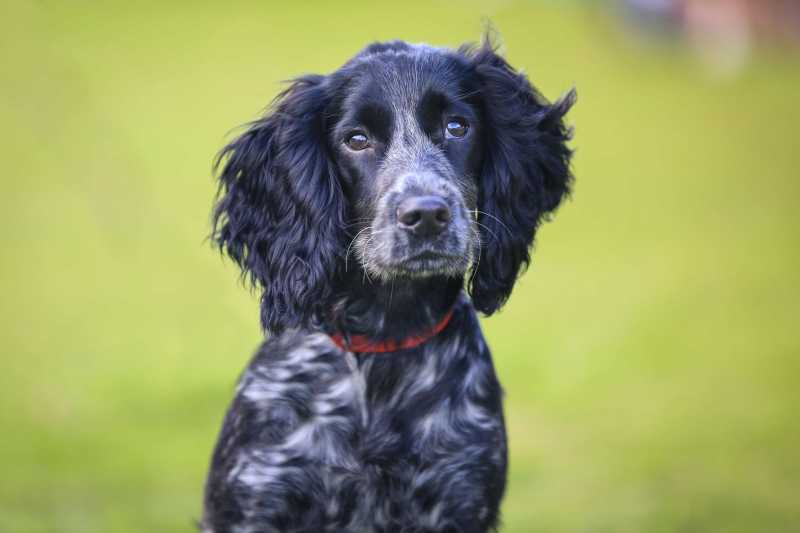 The earliest English cocker spaniels were born into the same litters as the larger springer spaniels. This smaller type specialized in hunting woodcock, hence its name. As spaniel breeds became solidified in the 19th century, the breed standard developed for the English cocker. Then, in the early 20th century, American breeders developed an even smaller cocker spaniel with a smaller head and more prominently domed skull. 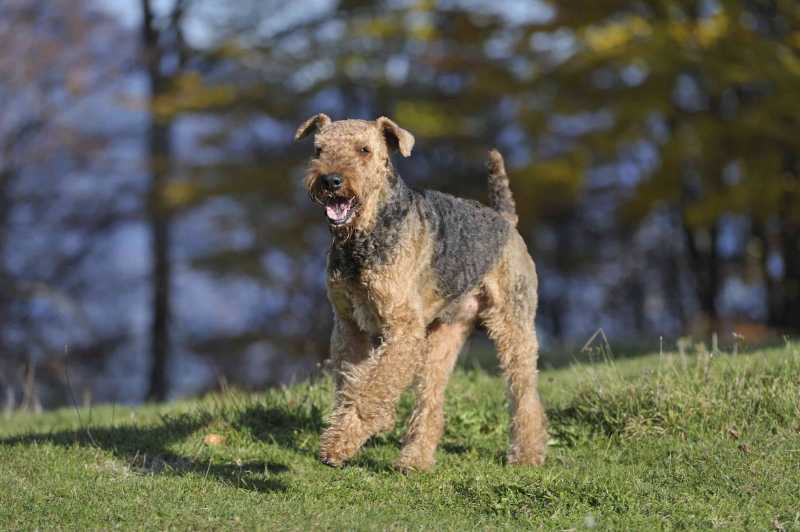 Airedale terriers can trace their roots to Aire Valley in Northern England. In the 1800s, factory and mill workers bred these large terriers to be smart, tough, and fearless hunting dogs. The otterhound, multiple terrier types, and potentially setters, retrievers, and herders all went into the Airedale’s makeup. This created a versatile dog that was good with game on land and in water. 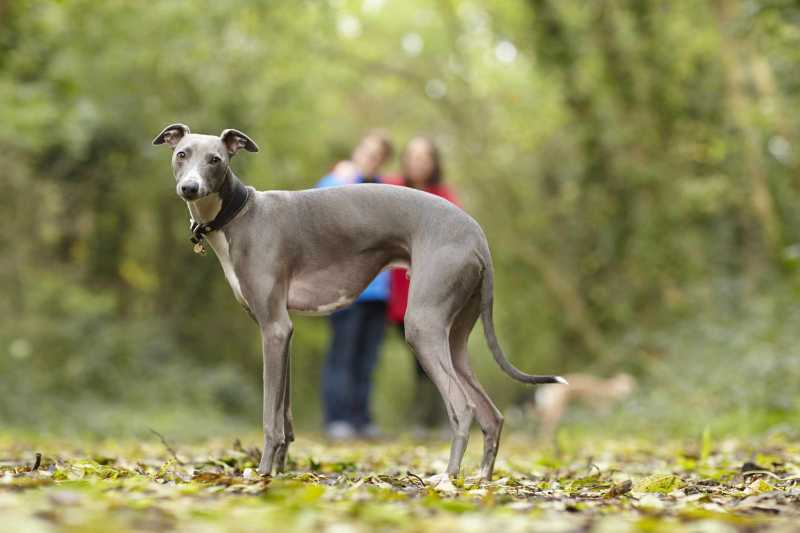 During the 1800s, coal miners in England wanted to take part in hunting and dog racing. However, they couldn’t afford to keep large dogs like the greyhound. So they bred a smaller dog that was just as good of an athlete and hunter. It’s likely they crossed greyhounds with small but fast terriers, resulting in the swift little whippet. The modern version is still lightning fast and has a strong prey drive. 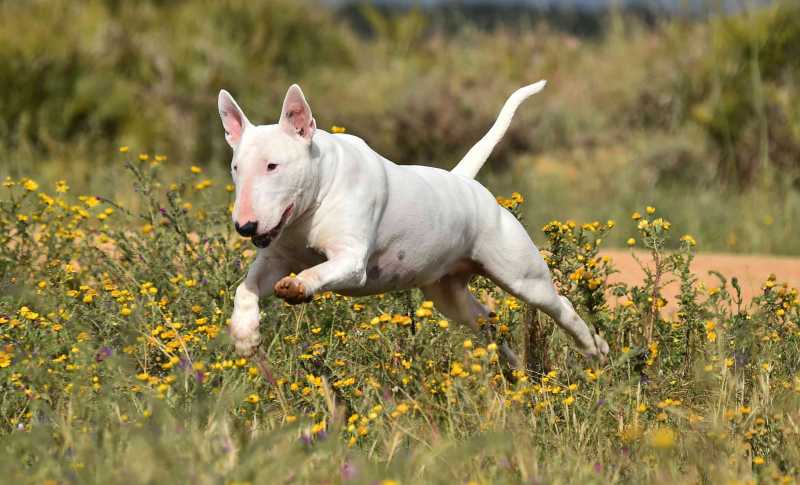 Bull terriers share the same ancestors as today’s bulldogs. In the 1800s, bulldogs were being crossed with terrier breeds to create strong and spirited fighters (with the terriers providing their fiery demeanor). The bull terrier arose from these crosses and was used in illegal dog fighting. However, it also became a popular companion animal, leading breeders to soften its looks and sweeten its temperament. 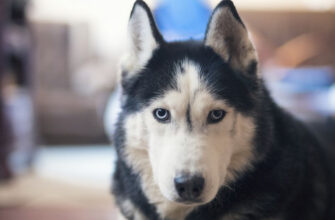 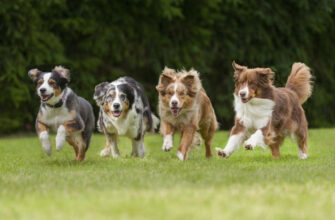 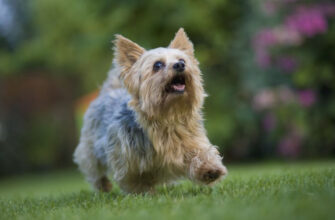 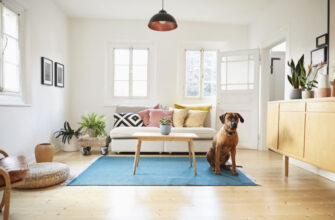 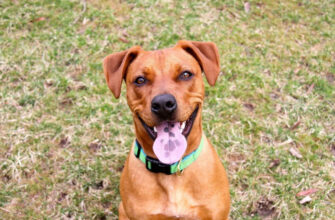 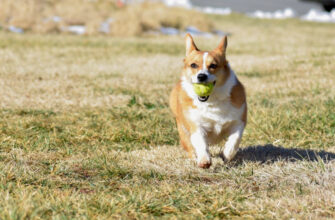 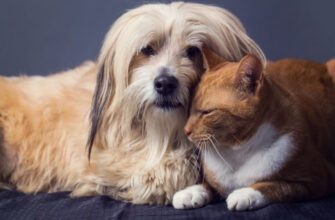 10 Best Dog Breeds That Get Along With Cats
396 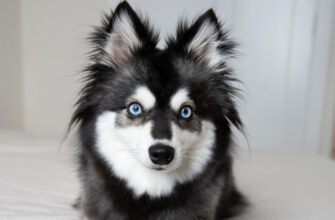 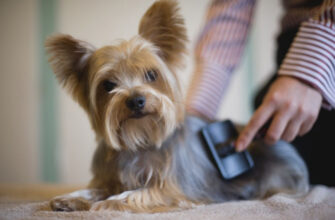 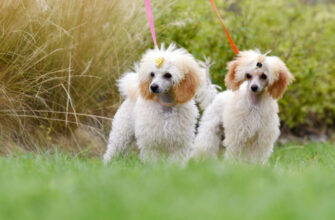 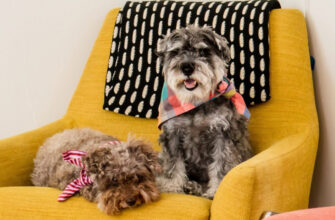